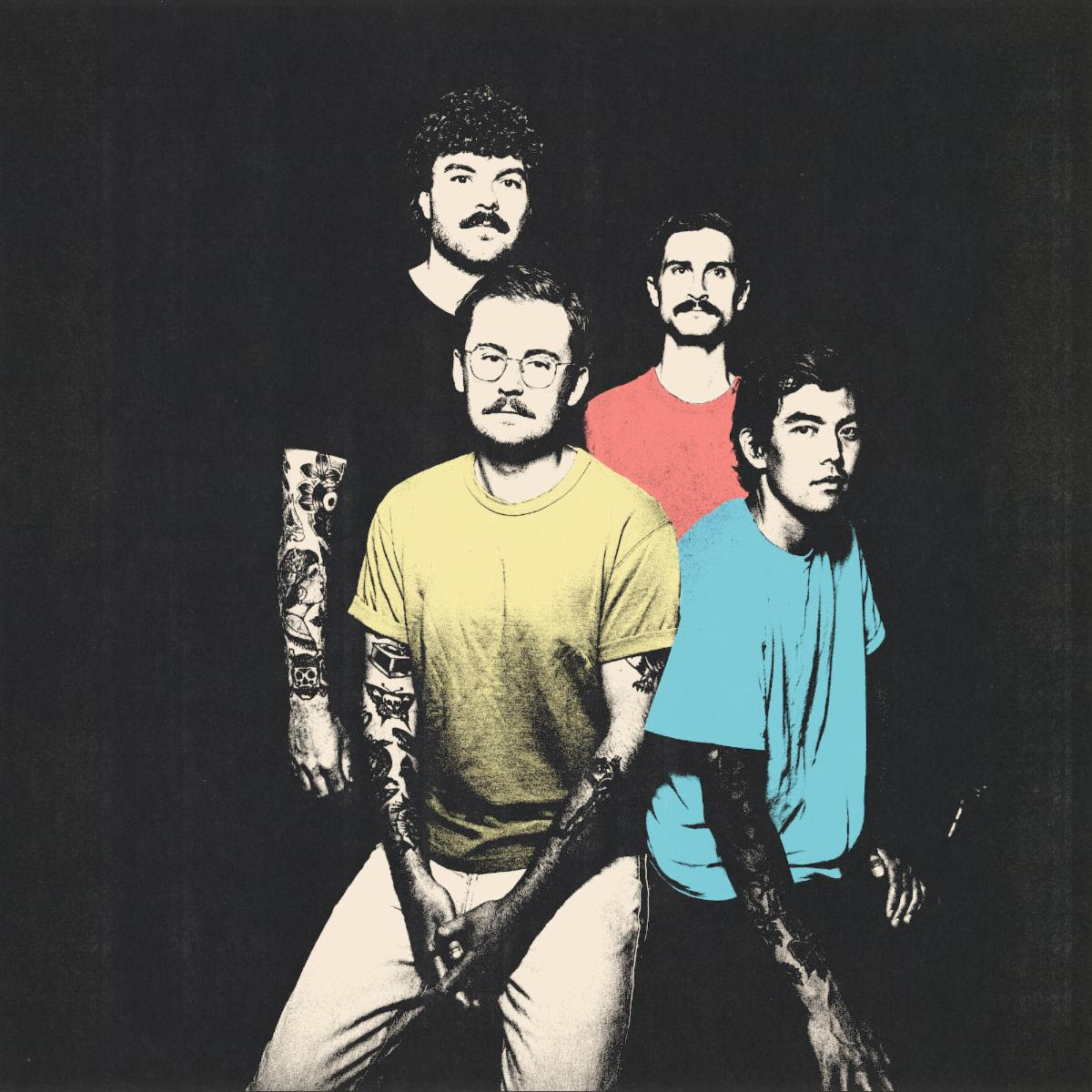 With just a couple weeks to go until the release of their new album Big Vibe, Canadian rock band Seaway have today shared another single, "Still Blue." The song is out now, with a brand new music video premiering exclusively on Exclaim. A guitar-driven collection of songs with big hooks and a bigger attitude, Big Vibe is set to be released on October 16th via Pure Noise Records. Pre-order the record now.
"'Still Blue' has been a favourite of mine from the record since we started it. It evolved a lot in the studio but each time got better and better," recalls vocalist Ryan Locke. "It's about investing yourself into something so heavily and not always seeing that energy returned or reciprocated. That feeling can obviously come in many forms."
He continues: "We let our close friend and long time collaborator Miguel and DP Christoph Benfey really run with the visuals on this one. The concept is a happy fun drug trip and the different paths it can take but the guys really put their own spin on it with camera and editing technique. Have a safe trip!"
About Seaway:
Since forming in 2011, the Canadian band has released three full-length studio albums - 2013's Hoser, 2015's Colour Blind and 2017's Vacation - and firmly established itself within the pop-punk genre. Until now. Because with the release of fourth album, Big Vibe (produced by Anton DeLost), the Toronto band are shaking things up significantly. And while the band isn't closing the door to its past, this is a very deliberate step away from it.
"This record is a big stepping stone for us," admits vocalist Ryan Locke. "I think we've slowly carved our place in the scene and now we're just trying to take the next big step, to wherever that may be."
"It's probably a cliché to say this," adds guitarist Andrew Eichinger, "but I think this is the record we've always wanted to make. Because before, we always had in the back of our minds a thought about what people wanted to hear. This time, we just thought we'd write a bunch of songs and see how they came out. Honestly, we just did whatever the hell we wanted."
The result is a bold fourth album that redefines who and what the band - completed by bassist Adam Shoji and drummer Ken Taylor - really is. Yet as much as it's a departure from the sounds and scene they've been a part of and made their own in that time, it's also more of a next step than a complete reinvention.
As such, Big Vibe is an album that very much lives up to its name. While it's as much of a summer record as Seaway has ever made, it unashamedly wears its older, more diverse influences on its sleeves. Those things have always been there, but they are definitely more salient than ever before, whether that's the hyperactive, uplifting bombast of opener "Brain In A Jar" or the 80s-tinged feel-good sing-along chorus of the title track that follows it. That's not to say all of these songs teem with positivity - despite its upbeat tune, "Still Blue" teems with a pessimistic resignation, "Pathetic" the musical incarnation of self-recrimination and self-loathing, and final track "Sick Puppy" is quite possibly the most depressing and miserable song the band has ever written.
All of them are accomplished, earnest, heartfelt rock songs driven by sincere emotion and passion, but for both Locke and Eichinger, it's "Mrs. David" - and it's noticeable Tom Petty influence - in particular that not only sums up Big Vibe but also the band's overall shift in musical direction and the future of the band. While much of that was down to this being one of the most relaxed recording processes the band has experienced, that song in particular really only came about because of the coronavirus pandemic.
"We were pretty much done in the studio," says Eichinger, "and then COVID-19 hit, so we kept writing and did a couple more songs, one of which was Mrs. David. And it's one of the best songs we've ever written. We just did it and it felt perfect. And without that song I think the record would be completely different. It brings the whole thing together."
That cohesion was the ultimate aim for the band with Big Vibe. In the modern day and age of short attention spans, where the focus tends to be on individual tracks, Seaway wanted to make an actual album in the way that used to be standard but which has become something of a lost art in recent years. "We wanted to put out a record that - like the ones we loved listening to growing up - had the feel of an entire body of work," explains Eichinger. "We wanted to make something that you'd want to sit down and listen to as a whole."
"That was the only pressure we felt on this record," adds Locke. "Just for us to make something special while also opening up our sound. We're trying to break that mold, and I think the record really reflects that. I just hope that we keep moving forward as artists, keep growing and are able to take it to the next level."
Seaway will release their new album Big Vibe on October 16th via Pure Noise Records. Pre-orders are available now at: smarturl.it/SeawayBand.