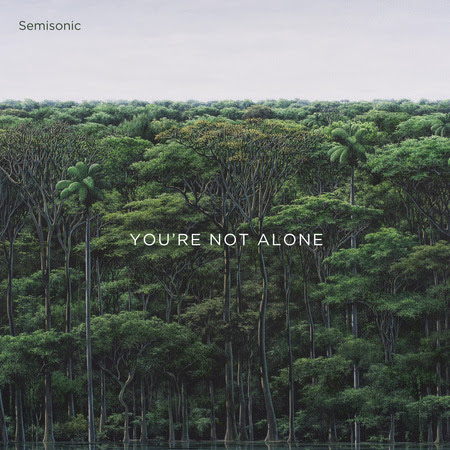 Today, the Grammy-nominated Twin Cities-based trio Semisonic released "You’re Not Alone," the group’s first new song in nearly 20 years. The single is the opening track from their forthcoming five-song EP You’re Not Alone out on September 18 via Pleasuresonic Recordings/Megaforce Records. Find a full tracklist for the EP below.

"I wrote 'You’re Not Alone' a couple of years ago at a time when a lot of people, including me, were feeling isolated and despairing about the state of the world and the direction our country was going. We recorded the song last year and I’m really happy that it’s now coming out," explains Dan Wilson. "Coincidentally, the song is coming out when both a global pandemic and racial justice protests are compelling us to reimagine our relationships to each other and the communities we live in. Just as I had hoped when I first wrote it, I hope the song will communicate a sense of connection and comfort, an awareness that we’re not alone."

Semisonic officially reunited in the summer of 2017 to celebrate the anniversaries of their albums Great Divide and Feeling Strangely Fine, which was reissued in 2018 for its 20th anniversary. Earlier this year, Dan Wilson was featured on the hit podcast Song Exploder, where he broke down their Grammy-nominated (Best Rock Song, 1999) #1 hit single "Closing Time."
You're Not Alone Tracklist:
1) You're Not Alone
2) All It Would Take
3) Basement Tapes
4) Don't Make Up Your Mind
5) Lightning
Share Share on Facebook Tweet Tweet on Twitter