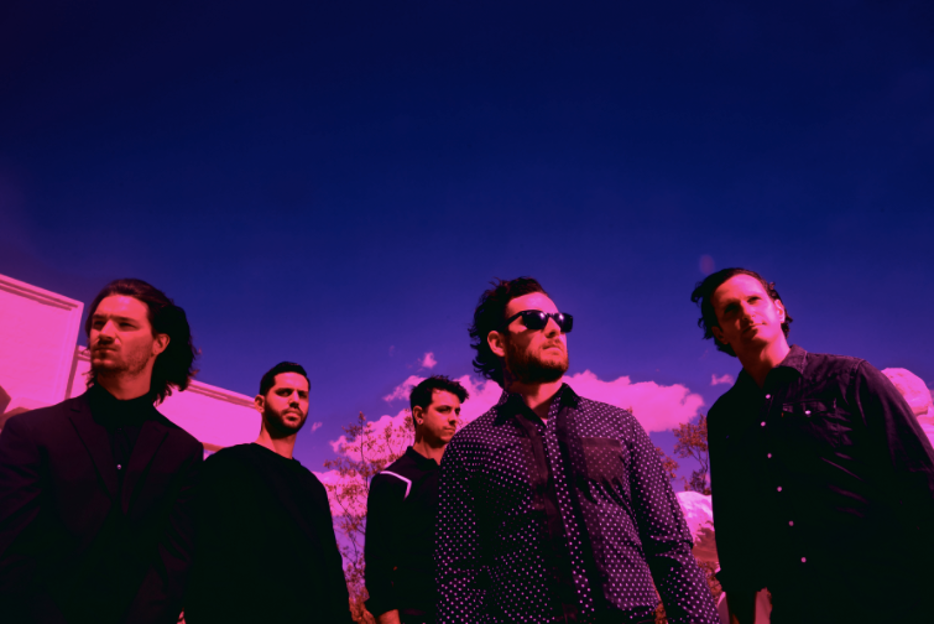 TICKETS AND MERCH BUNDLES & EXCLUSIVE JOSHUA TREE MERCH AVAILABLE AT:
www.sensesfail-joshuatree.com
Senses Fail have announced details surrounding an upcoming livestream event which will air in two parts. The band filmed live performances of their hit albums ‘Let It Enfold You’ and ‘Still Searching’ in their entireties in Joshua Tree at sunrise and sunset. The ‘Still Searching’ set will air on July 29, with the ‘Let It Enfold You’ set airing the following week on August 5.
The sets are complimented by an elaborate build that was done in the middle of the iconic desert. Thanks to a 360-degree track camera, along with various steadicams surrounding and overhead, fans will be brought into a unique livestream experience with a space that was created just for these performances.
“Joshua Tree is tied to many significant life changing events for me and the band,” explains lead vocalist Buddy Nielsen. “I heard the news of my first child, was a witness and first responder to a horrific accident, received news of a new president and experienced life altering connections with nature and family.
As a human I have done my best to survive and to ultimately flourish, I see the desert of Joshua Tree as a similar example of desolate space that thrives. My internal narrative can sometimes be desolate but I have always found a way to grow and persist despite harsh conditions. The desert has shown me that life is both beautiful and tragic and that both of them must exist in each other's arms to feel the full spectrum of what the universe has to offer. I can think of no better place to perform out two most popular and life changing records that deep in the heart go to the Joshua Trees and the shadows of the ancient rock formations.”
Tickets for Senses Fail x Joshua Tree livestream events can be purchased at: www.sensesfail-joshuatree.com
The live sets will also be available on vinyl, limited to 1000 pressings with an exclusive Joshua Tree merch line, that can be bought at: www.sensesfail-joshuatree.com
Released in 2006, ‘Still Searching’ was the follow up to ‘Let It Enfold You’ and featured the beloved songs “Calling All Cars”, “Can’t Be Saved” and “The Priest and the Matador”. The album entered the Billboard 200 at #15 and has sold over 400,000 copies worldwide.
The band’s debut album ‘Let It Enfold You’ was released in 2004 and cemented their place as one of the top post hardcore bands at the time. It featured the hit songs “Buried A Lie”, “Rum Is For Drinking” and “Bite to Break Skin”. The album was certified gold by the RIAA in 2020.
Share Share on Facebook Tweet Tweet on Twitter