“Burn You Down” Out Now 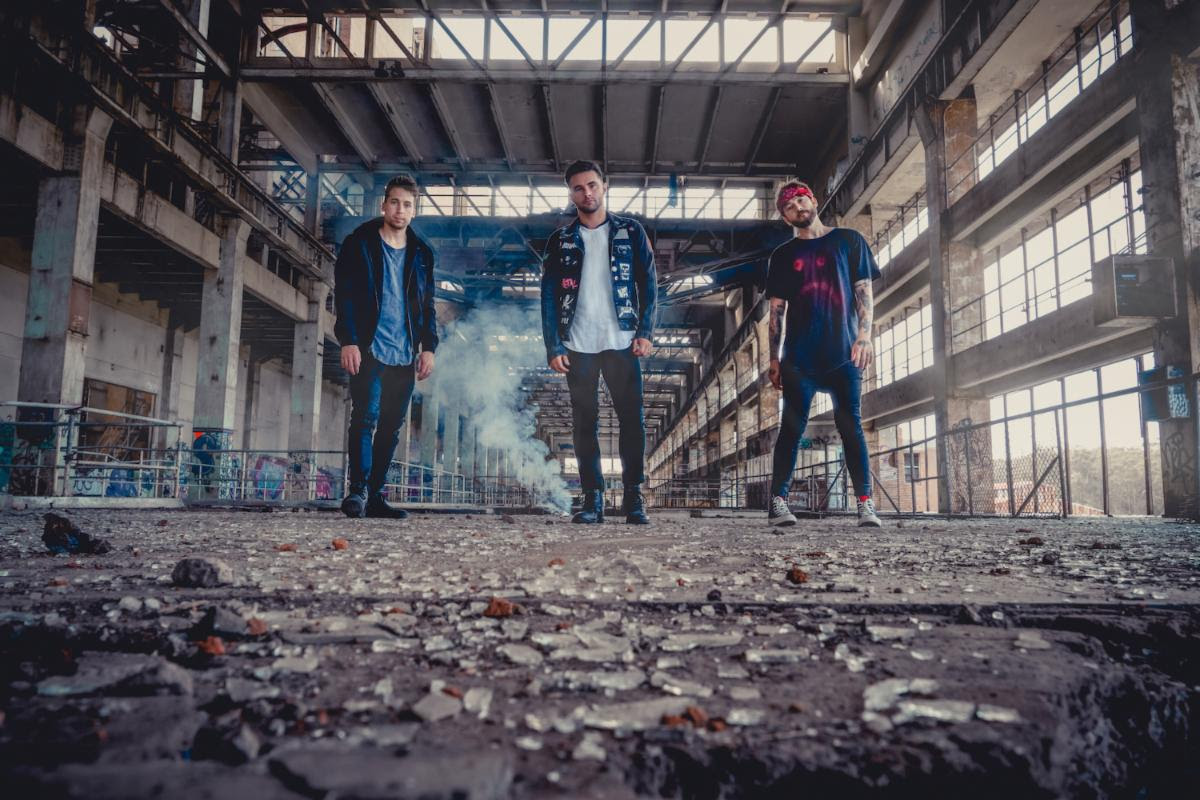 “This is our chance to be the band that we’ve always wanted to be”
- Shaun Diviney, Short Stack

March 2, 2021 – UNFD is thrilled to announce Australian rock trio Short Stack as its latest signing, alongside the reveal of the band's new single + video "Burn You Down" today.
It comes after the trio caused a stir with the announce of their comeback national tour in early 2020 which saw multiple cities sold out in a matter of hours. The now rescheduled run is set to hit Australian capital cities across April, with limited tickets still available here.
On reforming and creating new music together, Short Stack vocalist Shaun Diviney shares:
"Everything about how we approached this was different... where we used to find a lot of pressure to deliver something specific, we approached this with the thought that this is our chance to be the band we've always wanted to be."
On the signing, UNFD General Manager Luke Logemann shares that the label has long-admired Short Stack for the intense fan culture they've built around their band.
"I've always admired Short Stack for their ability to build such a loyal and enthusiastic fanbase, and for how unapologetic they were in doing so. That’s always been the ethos of UNFD as a label and our bands, to care about the music and the fans first and approval last,” he says, adding:
"I saw them play Festival Hall over ten years ago, and I remember being overwhelmed by how passionately the fans sang every word back at them. They wrote huge bangers that you could never get out of your head, even if some people didn’t want to admit it. The best thing is, all of that still rings true – they still have crazy fans, they still sell out venues and they still write huge bangers. Based on how good the new material is, I reckon they'll be doing this long into the future as well."
On “Burn You Down,” Diviney explains that the track is part a reflection on the breakdown and rebuilding of the band and part observation on the world around them.
"'Burn You Down' is about the duality of being young and feeling both indestructible and fragile at the same time," he says. "I don’t think the world needs another happy pop song at the moment, because I don’t think the world is a happy place at the moment. This song comes from a place of anger and destruction, about wanting to tear something down and begin again."

Describing this comeback as even more significant than the first (see the 5 year gap and a few Short Stack kids now born), he adds that this time recording found the band paring everything back to their roots.
"I think a lot of bands at the time when we first broke out were put together by labels and a lot of people threw us in that basket, but we were just a bunch of dudes that went to high school together and played Blink covers and it snowballed from there," he says.
"To go back to our roots now and really just strip things back and play together in a room was really important to us. The reason we broke up was that it just wasn’t fun... it’s been a fair chunk of time now, so coming back finds us in a different stage of life with a different idea about what we want out of music."
From beginnings in a Budgewoi garage at 16 to their explosive debut album Stack Is The New Black at just 20, Short Stack quickly made a playground of the Australian landscape and were one of the biggest names in the country by the late '10s. Beyond ascending to #1 on the ARIA Album chart with their debut record, the band claim credits including Channel V's Oz Artist Of The Year (twice), a coveted Rolling Stone Magazine cover, two certified Platinum records and tens of thousands of tickets sold throughout their career.
Speaking on how the band now approach music with another decade behind them, Diviney concludes that the goal posts have shifted.
"At one point we were one of the biggest bands in the country, you know we’ve done so many things that you can’t really top, so our goal is really just to do something that we believe in and have fun doing it."
Share Share on Facebook Tweet Tweet on Twitter