Teams Up with Deryck Whibley on Anthemic New Single 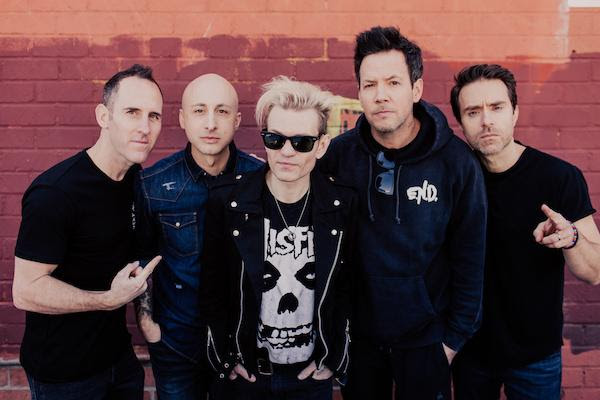 For the first time ever, multi-million selling and streaming rock band Simple Plan has teamed up with Sum 41’s Deryck Whibley on a brand new single. The two powerhouses have come together on the anthemic “Ruin My Life,” out now and streaming here.
“‘Ruin My Life’ is a song about overcoming adversity, going through a difficult life situation, and not only surviving it, but becoming an even stronger and more resilient version of yourself because of it,” the band shares. “It’s fun, catchy, energetic and empowering and we’re so excited to share it with our fans. Having Deryck from Sum 41 sing on it with us makes it even more special!”
“Ruin My Life” comes on the heels of Simple Plan’s recent single “The Antidote,” which was released late last year and has amassed millons of streams across platforms. The song has been featured on Spotify, Amazon, and Apple Music, including playlists Rock This,The New Alt, New Punk Tracks, New Music Friday, New In Alternative, New In Rock, RoQC, Fresh Alternative, Best of What’s New, etc. Fans can look forward to more new music, including a new album, later this year. Stay tuned for more information at www.officialsimpleplan.com.
2022 also marks the 20th anniversary of Simple Plan’s debut album No Pads, No Helmets…Just Balls, which has recently gained attention on TikTok through the viral “I’m Just A Kid” challenge. “I’m Just A Kid” was certified RIAA Platinum in 2020.