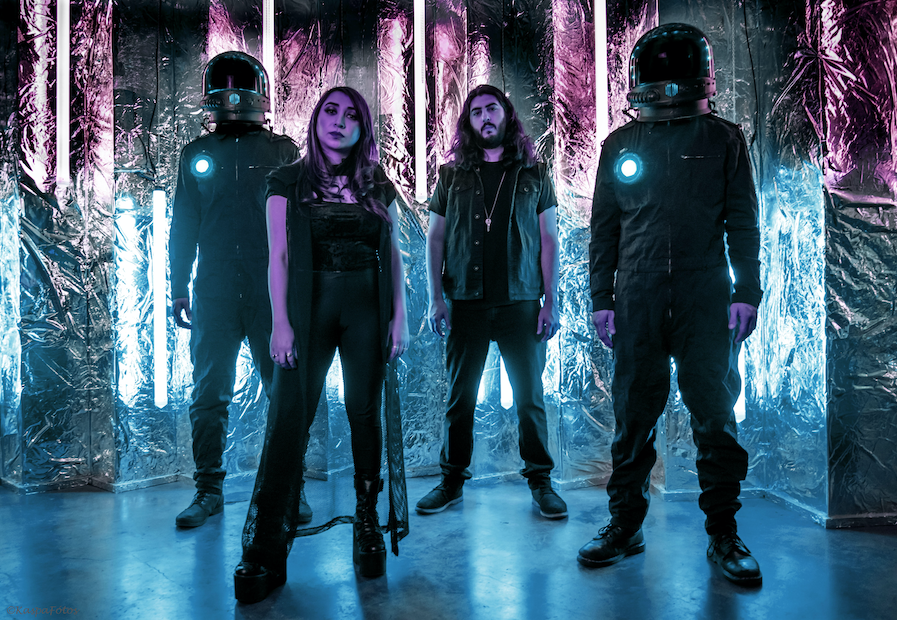 The track will be featured in the closing credits of the upcoming documentary "Long Live Rock...& Celebrate the Chaos," featuring artists such as Metallica, Halestorm, Rob Zombie and many more. The film is directed by Jonathan McHugh and produced by Gary Spivack. Check out a teaser here: https://youtu.be/tzxUhfCigX4 and visit the film's website at www.longliverockmovie.com for additional information.

Satellite Citi is a rock band hailing from the San Fernando Valley section of Los Angeles, CA. Front-woman Anna Gevorkian, serves as both lead vocalist and drummer, combining thrashing vocals with equally heart-thumping drumming. While guitarist and backing vocalist, Shaunt Sulahian provides powerful and distinctive guitar riffs that are both an homage to classic anthem rock, yet wholly original and infectiously catchy. The band is joined on stage by 2 anonymous Spacewalkers on bass and guitar, creating a one of a kind atmospheric aesthetic for their live shows.