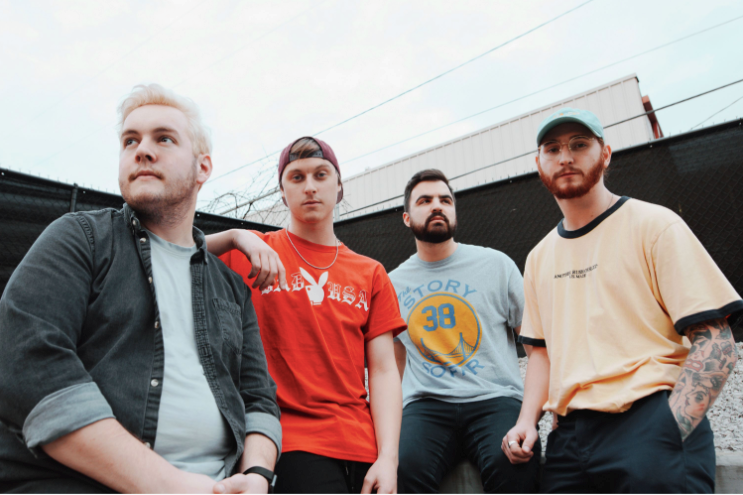 STATE CHAMPS UNPLUGGED EP
DUE OUT AUGUST 14, 2020
VIA PURE NOISE RECORDS
After a monumental celebration of their 10-Year Anniversary last night, NY-based pop-rockers State Champs have unveiled new music from their forthcoming State Champs Unplugged EP today. Fan favorite track "Criminal" has received an acoustic re-working alongside a brand new release with "Crying Out Loud."
"'Crying Out Loud' took us the longest to get to a place where we truly felt excited about the song.," shares vocalist Derek DiScanio. "Once we got there, we knew this emotionally heavy, yet upbeat tune about breakup, loneliness, and moving on would be a solid single."
Fans can stream the new singles and pre-order State Champs Unplugged ahead of it's August 14, 2020 release via Pure Noise Records today at https://smarturl.it/scunplugged.
State Champs Unplugged, dropping in time for the band's 10-year anniversary, is much more than a set of stripped-down reimagined bangers. Instead, the EP offers up four brand new tracks crafted specifically for this setting, plus a surprising reworking of "Criminal" and a moving new take on "Dead and Gone." It's a record that's reflective of the diverse listening habits of the foursome, unapologetic about their love of everything from Pop to Country without sacrificing the upbeat enthusiasm of the central influences that first moved their collective souls.
"The Unplugged EP is special for us for many reasons, one main reason being the writing process. We feel like we really went back to our roots, you know, just the band, in a room with an acoustic guitar, writing songs and having fun," shared DiScanio on the upcoming EP. "We tend to execute our best material in an environment that is stress free and organic. Our fans have been asking for new acoustic, stripped down material for quite some time, we're happy to say it's here."
State Champs Unplugged EP Track Listing
In addition to a partnership with HeadCount that offered a 50% discount on tickets to the 10-Year Anniversary Variety Show for fans that registered to vote, State Champs recently unveiled ways they will be helping to use their platform to champion the Black Lives Matter movement. "There's an incredible movement happening right now in our country and throughout the world. Black voices that are tired of the injustice, the discrimination, the inequality, louder than ever in a choir fighting to be seen and accepted without prejudice, and it's long overdue," shared the band on social media. "We are excited to lend our voices and support alongside those protesting, donating, making petitions, gathering and distributing resources, and raising awareness. It's time to listen, learn and act, because it's time for a change." Fans can head to https://www.statechampsny.com/ for a limited edition t-shirt and the opportunity to win unique pieces of State Champs memorabilia through raffles.
State Champs has always embraced the idea of getting their music in front of as many people as possible. They aren't running away from the sound they've established; if anything, it's that scrappy punk spirit that drives them to continue to reach further and further. They've done pop arena tours, metal tours; they've even played a show on a beach. Wherever they turn up, they are going to be sincere and passionate. They are going to have fun. And moreover, so will you. This is an arena-ready band, capable of moving any kind of crowd, with the heart and soul of DIY freedom.