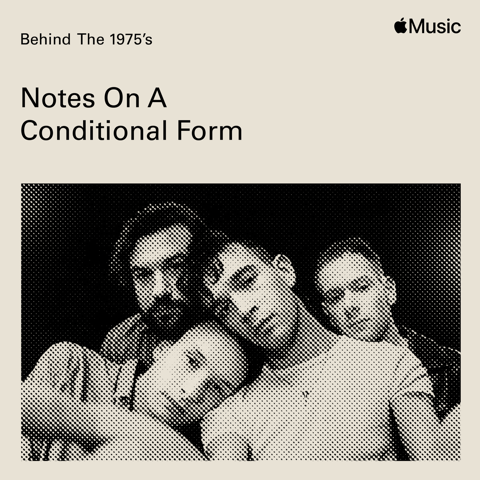 Today, Apple Music listeners can fully stream Notes On A Conditional Form (Deluxe Apple Music Edition), the latest album from UK pop rock band The 1975, followed by an exclusive short tied to the band's fourth album. This marks Apple Music's first album bundle with exclusive content to launch day and date with a band's new album. In Behind The 1975's Notes On A Conditional Form, frontman Matty Healy reflects on the motivations and complexities as he and his bandmates reveal the ideas that fueled the album in a unique and unguarded look at one of Britain's most venturous bands.


"Collaborating with Apple Music, we wanted to create a film which explored the overriding themes of the record, from love and fear to anxiety and technology," said Healy. "A film that was honest, contemporary and experimental and followed the narrative set out in the record, making it the perfect accompaniment to Notes On A Conditional Form."


The film was directed by Charles Todd and shot in London.