Fans gathered into Bailey Park last night for another edition of Winston-Salem’s Gears and Guitars. This package included country artists Jana Kramer and The Band Perry.

Jana Kramer kicked things off for us around 7:30 with a full set! It seems that she had the same amount of stage time as The Band Perry, but fans did not mind at all. A good portion of the crowd seemed to be there for her, rocking their Kramer gear and singing along. She played through both older and newer tracks: “(Don’t Touch My) Radio,” “Whiskey,” “LOVE,” “Why You Wanna,” “I Got The Boy,” and her latest single: “Said No One Ever.”

Kramer looked astounding for just having a baby, and was still able to deliver a full set. She messed with the crowd some during “(Don’t Touch My) Radio.” and even did some cover songs: “Whiskey Lullaby” (Brad Paisley) “Bitch” (Meredith Brooks), and a mash up cover over “Dark Horse”/”Coke N’ Rum”/”So What”/”For The Girls”/”Call Away” to get the crowd singing along.

The only downfall to her set was that we happened to be in Winston-Salem, where some filming took place for her previous gig in One Tree Hill. Lots of Tree-Hillers seemed to be present, but Kramer seemed to skip over any mentions of One Tree Hill at all. Which is understandable, that is the past. We are sure she is trying to rid of her old role as Alex Dupré, but with it being almost a homecoming for some Tree-Hillers, it seemed out of place for her not to mention it. 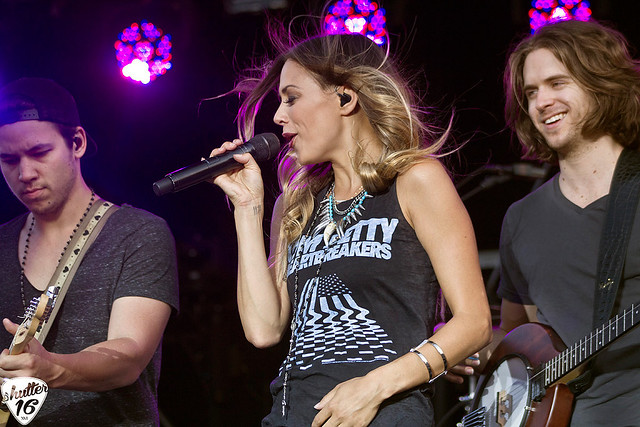 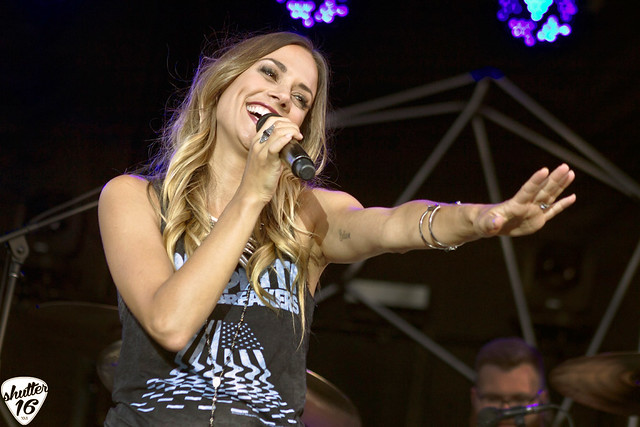 The Band Perry took the stage next and kicked things right off with the energetic “Better Dig Two,” the band was in complete sync on this track and the triple drum percussion on stage. It seems they sang hit after hit, with the crowd singing each song back at them. The energy seemed to be electric from band members on stage. Kimberly seemed to be on each end of the stage, and working it like Beyoncé. Meanwhile, Reid and Neil became the selfie kings of the night, as fans would literally be throwing their phones at them to take selfies with the crowd in the background.

The band was extremely interactive with the crowd, and the fans were really digging it. They played through two cover songs, Justin Bieber’s “Love Yourself” and a mash up of “Sweet Dreams (Are Made Of This)”/ “Crazy”/ “Sexyback” which is where Neil Perry really shined. He strapped off the guitar and hit the microphone for this crazy mash up. After the singalong, they played two new songs for us: “In It Together” and “Stay In The Dark” which features a little more of the brothers vocally than in the past, and was more upbeat and pop themed, but the crowd seemed to really enjoy the sound. The night ended in an encore with the band finishing up with their massive hit, “DONE.” 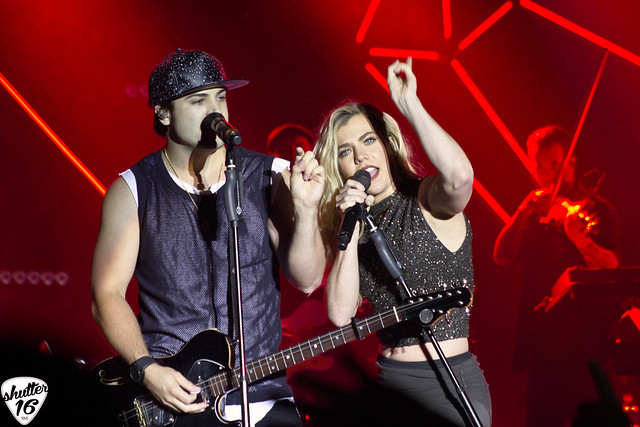 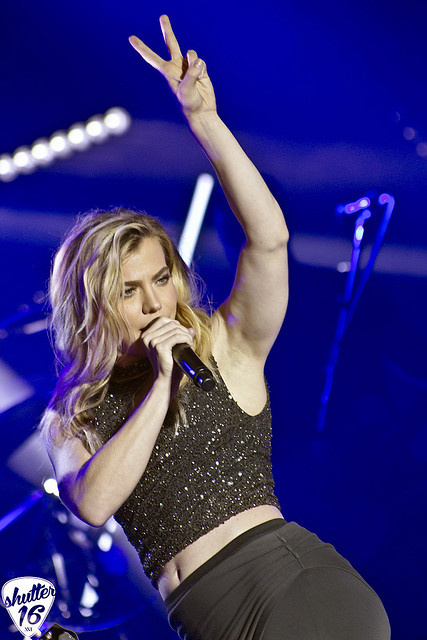