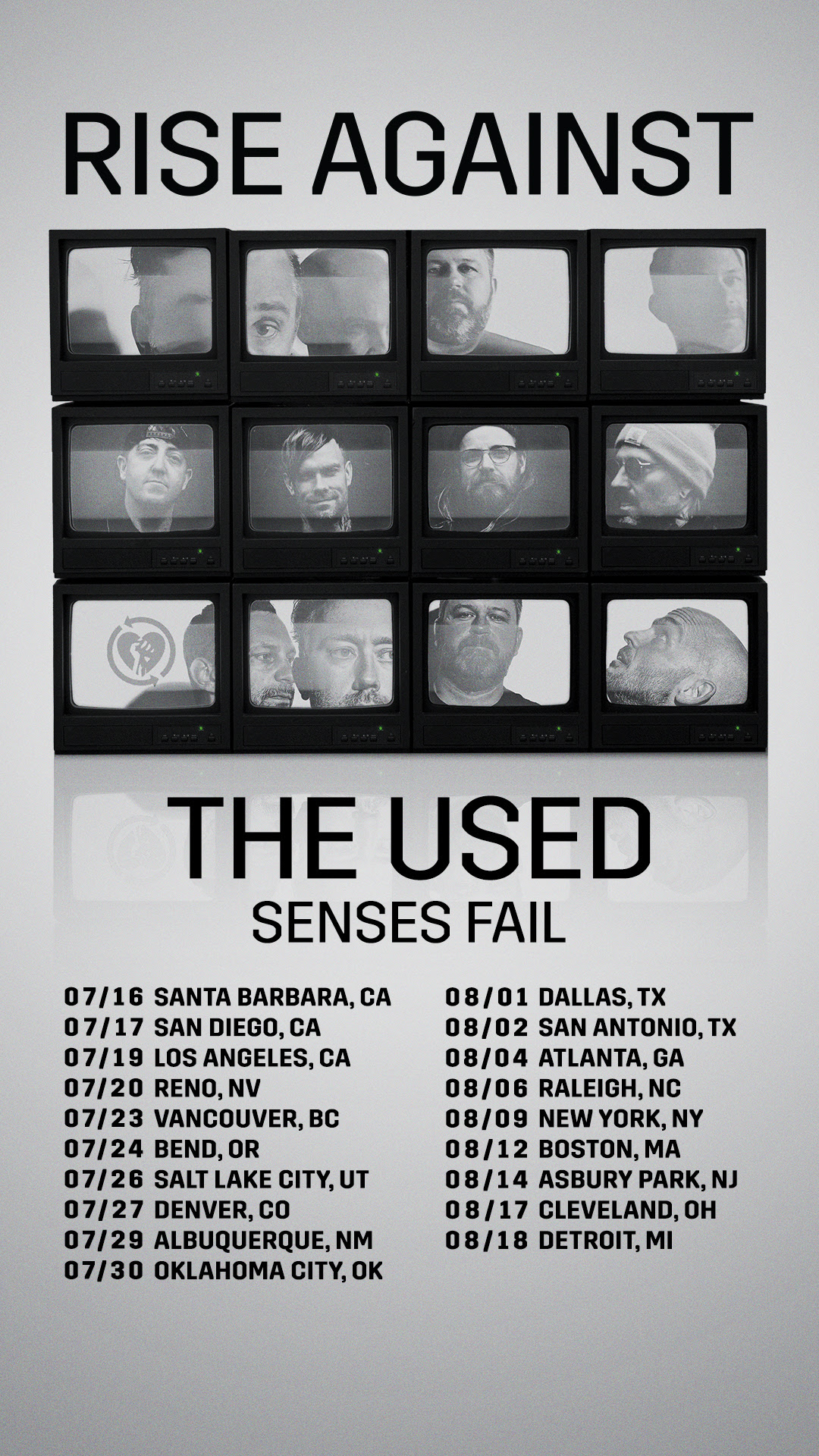 Rock icons The Used announced they will be hitting the road with Rise Against this summer. The tour kicks off on July 16th in Santa Barbara, CA, making stops across the U.S. and Canada in Vancouver, Denver, Dallas, New York and more before wrapping up in Detroit, MI on August 18th with support from Senses Fail. Tickets go on sale beginning Friday, March 4th at 10AM.

Bert McCracken, frontman of The Used shares, “We are beyond excited to announce that we will be touring with our longtime friends and partners in crime, Rise Against! Get your tickets now before it’s too late!”

For a full list of tour dates and more details on how to purchase tickets, please visit https://theused.net/.

Established in 2000, The Used was brought to life and have since released a collection of albums that pioneered the scene of emo rock. High energy live shows, gut wrenching relatable lyrics, and melodies that blended pop sensibility and hard rock was the perfect combination to make an everlasting impression on fans globally.
The rock icons released their ninth studio album, Heartwork (Deluxe), in 2021 via Big Noise. The extended album features 11 never-before-heard tracks that were all written during the original Heartwork (2020) sessions. A variety of collaborators including producer John Feldmann, co-writer Mark Hoppus (Blink-182), guest artists Travis Barker, Jason Aalon Butler (Fever 333), Caleb Shomo (Beartooth) and more helped deliver this now 27-track album that simultaneously showcases what made The Used emerge as one of the most prolific bands of the early 2000s as well as what has kept them at the forefront of the genre ever since. The band locked in #4 spots on both the Top Alternative and Top Hard Rock Album charts, #11 on Top Rock Album charts as well as landing in the Billboard Top 200 at the #87 spot.
Fans can stream Heartwork (Deluxe) and purchase exclusive merch today at https://theused.ffm.to/heartworkdeluxe.
Share Share on Facebook Tweet Tweet on Twitter