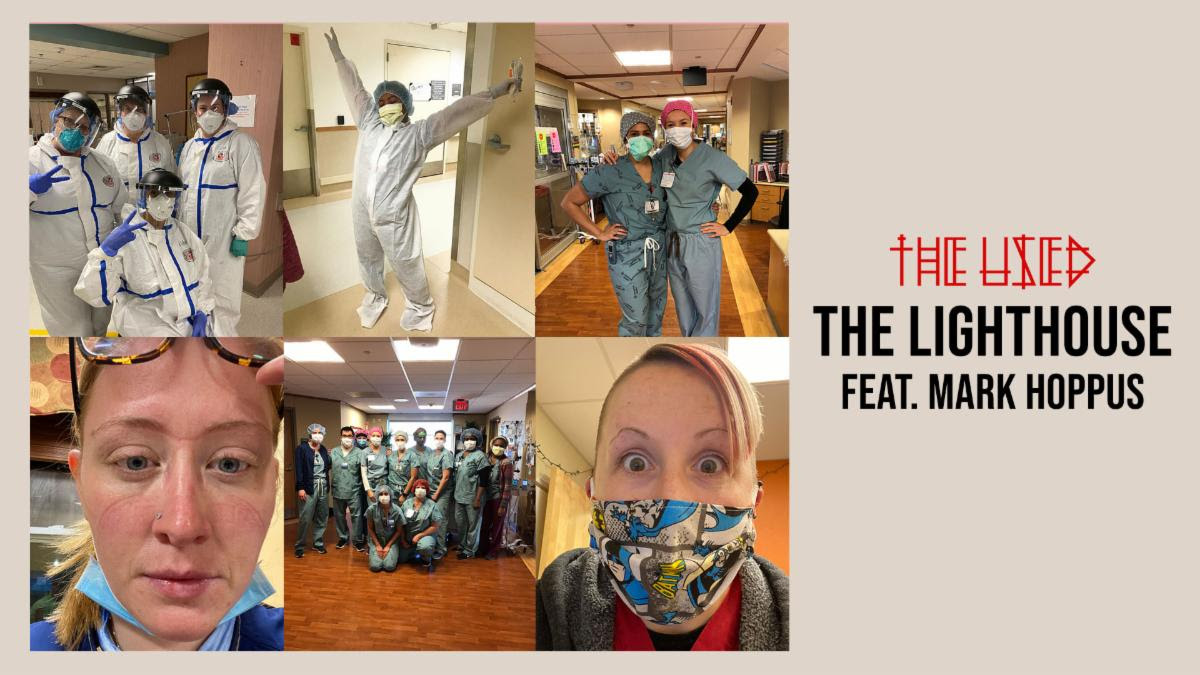 Last month, The Used called upon fans to submit videos of their frontline fighters as part of a very special project sharing "Every day you wake up and leave your loved ones to fight to keep us safe. We want to showcase them in our new music video." Today, the band has unveiled the music video for "The Lighthouse (feat. Mark Hoppus)" featuring Nurses, Doctors, First Responders, Gas Station Attendants, Grocery Store Clerks, Delivery People and other Essential Workers as well as members of The Used and Mark Hoppus at home with their families. Fans can watch the heartwarming video today at https://smarturl.it/BeYourLighthouse. It is a beautiful tribute to the people that are tirelessly working to keep all of us safe through these unprecedented times. The video also showcases how truly diverse and dedicated The Used family is.
Speaking to the message behind the track, front man Bert McCracken shared the following message:
"It is not in the stars to hold our destiny but in ourselves." - William Shakespeare

Doubt can be an avalanche. It can cascade out and infect everything it touches. Inspiration is also infectious. The original chorus lyric was "I can't be your lighthouse", until I was reminded by my 6 year old daughter that I can be and I am. It helps to remember that we all have the capability to inspire someone in our own way. Please enjoy our song The Lighthouse as much as we do. Love, Bert
"The Lighthouse (feat. Mark Hoppus)" comes from the band's recently released eighth studio album Heartwork, which was released last month via Big Noise. Heartwork celebrated a strong first week, locking in #2 spots on both the Current Alternative and Record Label Independent Album charts, #3 on both Current Rock and Top Current Album charts as well as landing in the Billboard Top 200 at the #87 spot.
The album arrived with the unbound spirit of the pair of platinum albums that first introduced The Used to the world, mixed with the dramatic air of their gold-certified third. The emotion, sincerity, and vulnerability found on The Used (2002) and In Love and Death (2004) is more urgent and insistent than ever on Heartwork, a diverse 16-song offering filled of self-examination, hyper-literate exploration, political pyromania, and keenly self-aware yet unrestrained whimsy.
Fans can stream Heartwork and purchase exclusive merch bundles today at https://theused.ffm.to/heartwork.
Share Share on Facebook Tweet Tweet on Twitter