HEARTWORK
DUE OUT APRIL 24 VIA BIG NOISE 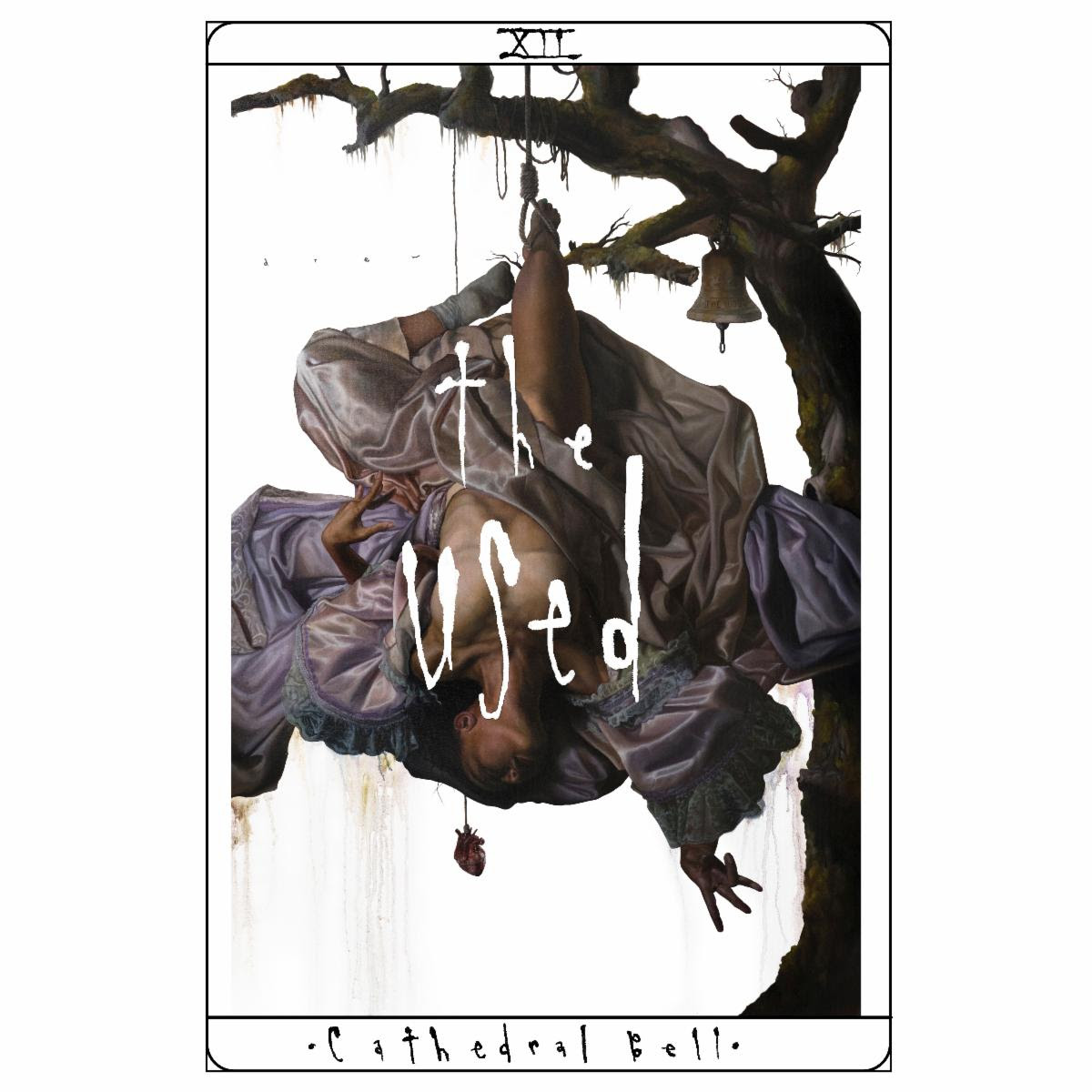 APRIL 16, 2020 - Los Angeles, CA - Ahead of next week's release of their eighth studio album, rock icons The Used are delivering an energetic, catchy and captivating new song for fans today with "Cathedral Bell." The beautiful tarot card artwork was created by artist Drew Merritt (@drewmerritt).
"A door creaks, then swings shut. The music creeps in like goosebumps down your neck: "In the sensory cave that you made / I lie awake," sings The Used frontman Bert McCracken in the new song.
"It reminds me of being a little kid," McCracken said over the phone in an exclusive interview with NYLON. "I had a really hard time with sleeping when I was younger. I just never wanted to go to bed, and when I did, I could never sleep. It just reminds me of being young and in the dark and up way past my bedtime."
Heartwork, the band's eighth studio album, due out next Friday, April 24th via Big Noise, arrives with the unbound spirit of the pair of platinum albums that first introduced The Used to the world, mixed with the dramatic air of their gold-certified third. The emotion, sincerity, and vulnerability found on The Used (2002) and In Love and Death (2004) is more urgent and insistent than ever on Heartwork, a diverse 16-song offering filled with double entendre upon triple entendre. It traverses a thematic gamut of self-examination, hyper-literate exploration, political pyromania, and keenly self-aware yet unrestrained whimsy.
The charged manic energy of Heartwork will ring familiar to the multitudes who have seen The Used live, whether back in the day on Ozzfest, Warped Tour or Linkin Park's Projekt Revolution; on their sold-out coheadlining tour with Taking Back Sunday; or headlining Taste Of Chaos with support from My Chemical Romance, Rise Against, Killswitch Engage, and Underoath.
Songs like recent singles "Blow Me", "Paradise Lost, a poem by John Milton" and today's single "Cathedral Bell" take their place alongside some of the best-known jams to emerge from the frenetic "screamo" world, anthems that conquered hearts and minds and Active Rock. "The Bird and the Worm," "The Taste of Ink," "All That I've Got," "I Caught Fire," and "Blood On My Hands" are beloved for their raw emotion, authentic defiance, and inviting empathy, all of which etched them into the spiritual DNA of a legion of likeminded listeners across the globe. As Kerrang! points out, The Used are hugely important trailblazers for the scene that gave us My Chemical Romance and Fall Out Boy.
Heartwork marks the return of John Feldmann to The Used family as he is producing the album and also the head of A&R at Big Noise.
"I couldn't be more honored or grateful to have one of my favorite bands of all time at my record label! They are one of the most influential bands of the last 20 years and we are making a career-defining album at the minute," shares Feldmann. "They are one of the best live bands I've ever seen and Bert is quite possibly the best singer I've ever worked with. This has been a dream of mine since I met them in 2001."
Feldmann signed The Used to Reprise Records in January 2002, one short year after the band formed in Orem, Utah. He also produced some of the band's most monumental albums including their self-titled debut, Maybe Memories, In Love and Death, Lies for the Liars, Vulnerable and Imaginary Enemy.
Heartwork Track Listing:
1. Paradise Lost, a poem by John Milton
2. Blow Me (feat. Jason Aalon Butler)
3. BIG, WANNA BE
4. Bloody Nose
5. Wow, I Hate This Song
6. My Cocoon
7. Cathedral Bell
8. 1984 (infinite jest)
9. Gravity's Rainbow
10. Clean Cut Heals
11. Heartwork
12. The Lighthouse (feat. Mark Hoppus)
13. Obvious Blasé (feat. Travis Barker)
14. The Lottery (feat. Caleb Shomo)
15. Darkness Bleeds, FOTF
16. To Feel Something
Fans can pre-save Heartwork and purchase exclusive pre-order merch bundles today at https://theused.ffm.to/heartwork.
Share Share on Facebook Tweet Tweet on Twitter