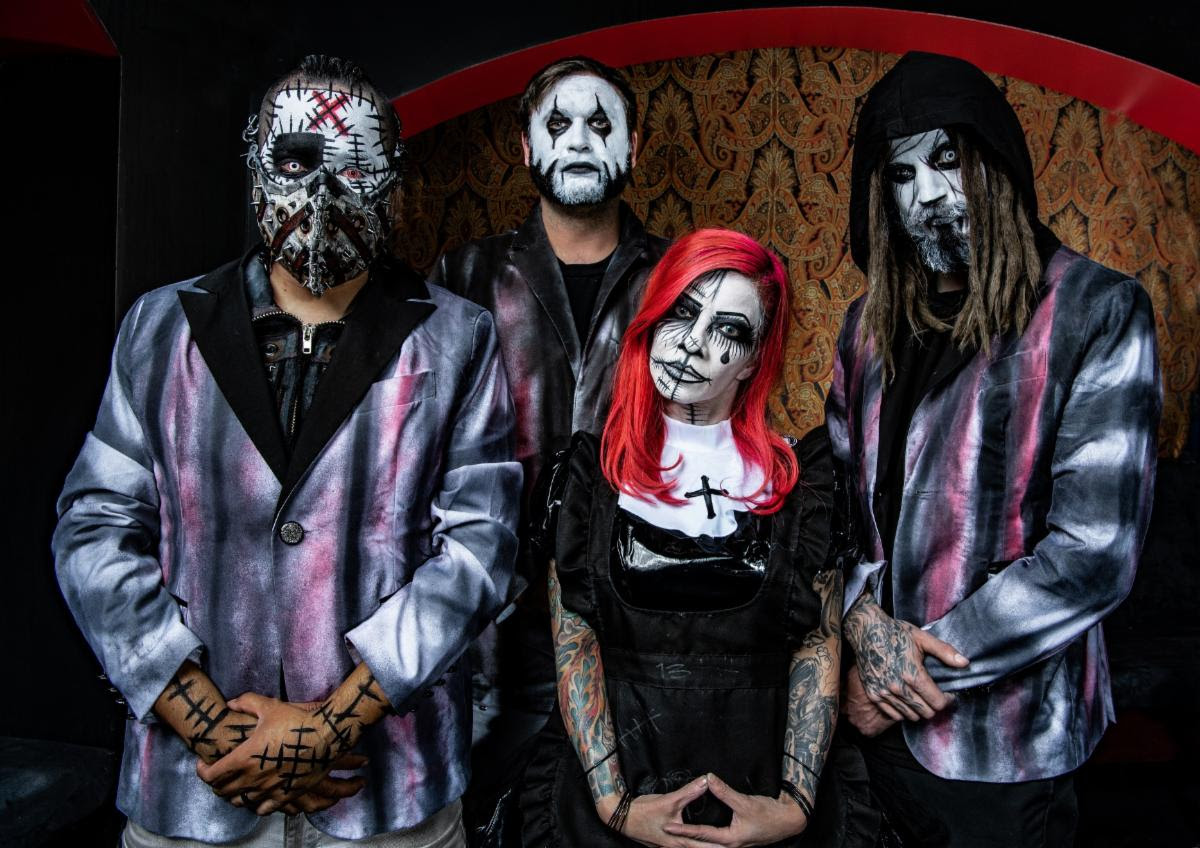 “Darkest Pit” is a very personal song for RAVEN BLACK, as it was written by vocalist Raven specially for one the band’s own Rejects who was struggling with a dark period in his life.


“It reflects his personal struggle to hold onto everything meaningful in his life,” Raven says. “His personal hell and his constant inner battle with his demons and coping with his depression and anger and trying to not give up. His only escape is to hide within a dark mosh pit surrounded by metal music. It is his release from all his pain and misery. We had the perfect match of music and lyrics to bring his escape to life in a metal song as we celebrate our new album, ‘The Key,’ and comic book, ‘We Came Across the Darkness,’ where we are struggling to escape our own hell.”


The Key, produced by Ulrich Wild (Static-X, White Zombie, Deftones), is scheduled for release this year via WurmGroup. Pre-orders for the album and an assortment of bundles are available via RAVEN BLACK’s webstore at https://squareup.com/store/ravenblackshop/. A new video for the track “Hear Me Cry” will be available soon. VIP packages for The In-Between Tour are also available at the webstore.


Prior to its cancellation due to COVID-19, RAVEN BLACK was slated to perform on the nearly two-month-long The In-Between Tour with In This Moment, Black Veil Brides and DED this spring.


RAVEN BLACK’s Dark Metal Carnival story began when a voodoo doctor, The Doctor, happened upon a lost and scared little girl named Raven. Using his magic, The Doctor attempted turned the girl into a doll. The Doctor’s attempt, however, was interrupted by the terrified girl’s screams, leaving her in a half-human, half-doll state. As Raven lived in the dark world of the Doctor, she secretly learned his magic and conjured up a demon named Muppet, whom she trapped inside of her heart and made her eternal protector. Together, The Doctor and Muppet created another character, Stitches, to help search for souls to join the Dark Metal Carnival in the 13th hour.


Together, the quartet has created a soundtrack to the Dark Metal Carnival, releasing the 2016 EP Seven Sins and the 2018 album 13. The band has toured extensively, perfecting a creepy live show that unifies the visual and aural aspects of RAVEN BLACK.