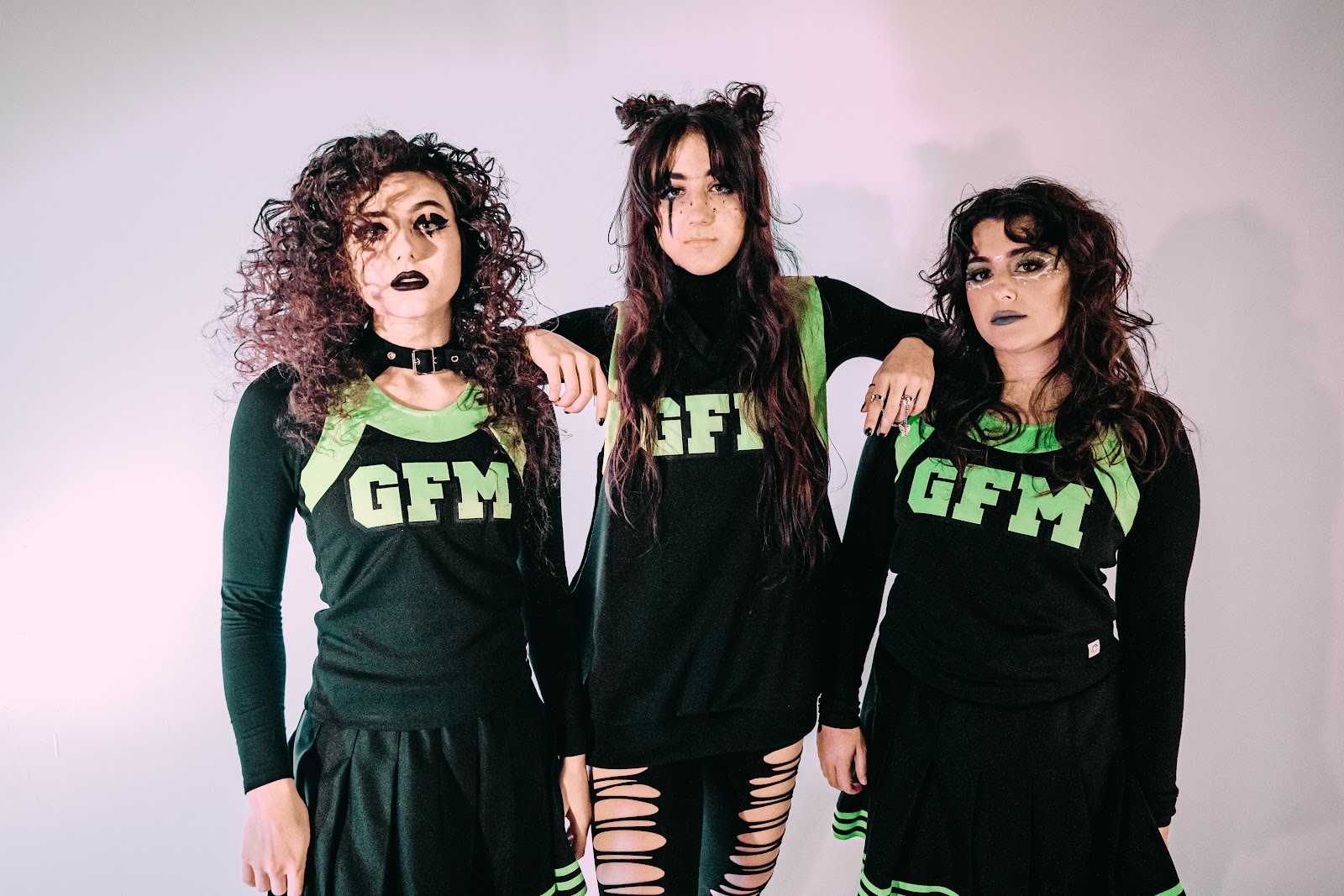 JACKSONVILLE, FL  | May 27, 2022: Today, fresh off the heels of their nationwide tour with FOZZY and their signing to Rockfest Records, the vibrant metal band of sisters GFM release their latest EP “Framing My Perception.” This 6-track EP showcases the band's unique sound of explosive and brutally heavy metal backing mixed with clean, melodic vocals - a style they refined over the years and made their own, referred to as “beautycore.” Each song showcases tremendous growth as songwriters by detailing how far GFM have come as people and as a band. The primarily lyrical theme is about overcoming and conquering different life challenges internally and externally, and then turning those experiences into a positive message of perseverance and strength:

“We always put our whole heart into the things we write, but with this EP, we’ve have had more experiences to write about. We’re still learning and growing, but we’ve realized that sometimes in life it’s not about what happens to you, it’s about what you do with it. Your perception of a situation can change the outcome, so “Framing My Perception” talks about that. When life gets tough, it’s best to stop, take a breath, make sure we’re focused on what’s important, and let everything else fall into place. ” - GFM

GFM (Gold, Frankincense, and Myrrh) is not your average teenage girl band, these three metalhead sisters are heavy and loud, and triumphantly taking on the stage with a genre of their own, which they have penned BEAUTYCORE. Formed by the English sisters Maggie (Bass and Vocals), CJ (Guitar), and Lulu (Drums) in Jacksonville, FL, GFM is a band set to break boundaries. They’re bringing life back to rock and metal and giving heavy music fans of all ages a space to thrive.

The sisters’ musical journey began in 2016 when they worked on their first album Identity Crisis with producers Jake Jones and Justin Forshaw (We as Human). In 2017, the girls went on their first U.S. tour and the demand was so strong for GFM that they went out again the following year on another U.S. tour, finishing out the season with their first trip to Germany for the Loud & Proud Fest where the band was met with thousands of loving fans. GFM’s live show is unmatched as the trio comes alive through iconic wardrobe designs and unparalleled charisma. They have shared the stage with artists such as Motionless In White, Breaking Benjamin, Demon Hunter, A Day To Remember, Disturbed, Halestorm, Chelsea Grin, and more.

2020 marked the iconic release of their most beloved EP to date: “Operation Take Over” and the unveiling of their “Bones” live video. Throughout the last couple of years, word of mouth has created major buzz for their song, “Give Me A Sign,” which has reached 519k streams and they have a total of 2 million overall streams on Spotify.

In 2022 the band was discovered by wrestling phenomenon and rock royalty Chris Jericho. This led GFM to their next chapter - a personal invitation from Jericho to join Fozzy on a nationwide tour. With new music on the way in May via Rockfest Records and a national tour in progress, “operation: take over” is in full effect.

Stay up to date on GFM’s upcoming announcements HERE.