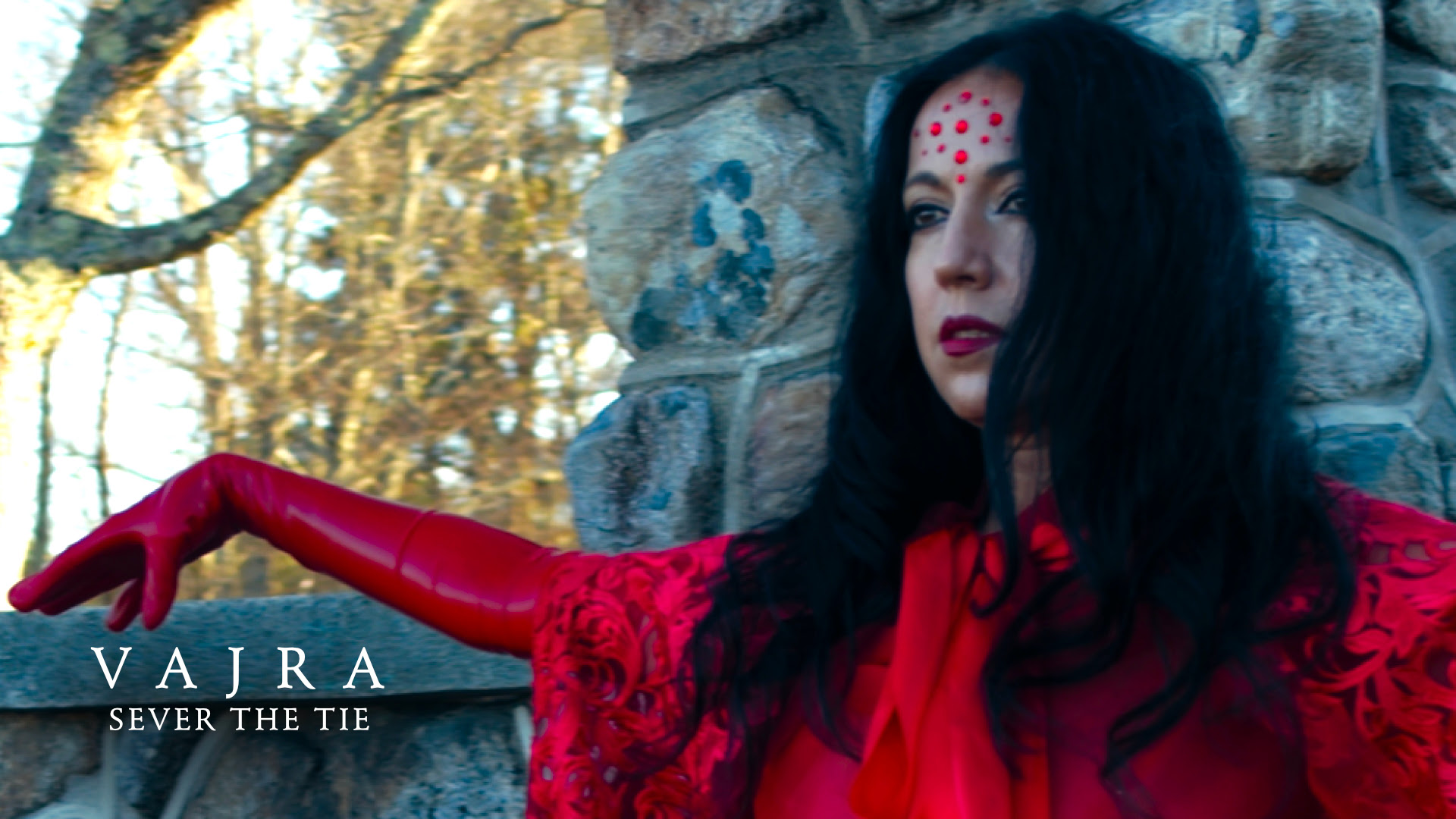 Vajra, the NY-based band led by Annamaria Pinna, have debuted a second track from the band’s forthcoming album, Irkalla (Jan. 15, Thunder Cult Records), premiering the video for “Sever The Tie”

“I wrote this song in the van while we were on tour,” explains Pinna. “It was one of those songs that revealed itself in the matter of a few hours. Not every song does that. Some songs could take months or years to show you what they want. Not this one. As for the lyrics, I wrote most of the song lyrics late night at a kitchen table in Florence, Italy whilst visiting my family.

If astrology is any indicator, with five planets in retrograde, we should have predicted that this year would be full of twists and catalytic turning points. It was challenging for most of us, but change is scary, especially when we experience growing pains. ‘Sever The Tie’ couldn’t be more fitting. The song is about having the courage to dissolve the idols of the tribe, and to give ourselves the permission to explore the irrational. It is about digging deeper into our own sense of awareness and paying ‘attention to the man behind the curtain.’ When we see things as they really are, we can then let go of those situations, people or perceptions in order to clear space for a more evolved version of ourselves. While change from a familiar’s embrace is difficult, it is also exciting. As it is said, ‘the darkest hour is before dawn.’ I believe we are on the cusp of something greater for ourselves individually and for society as a whole. “

The video for "Sever The Tie" is the fifth chapter of a short film written, produced, shot and edited by Pinna and bassist David Sussman, which is inspired by the Sumerian classic hero myth, the “Descent of Inanna.” The previously released single, "Maya” (https://youtu.be/mXfACBEye8E), was the second chapter of that short film. The performance shots took place underground in a basement of a building in DUMBO, Brooklyn.