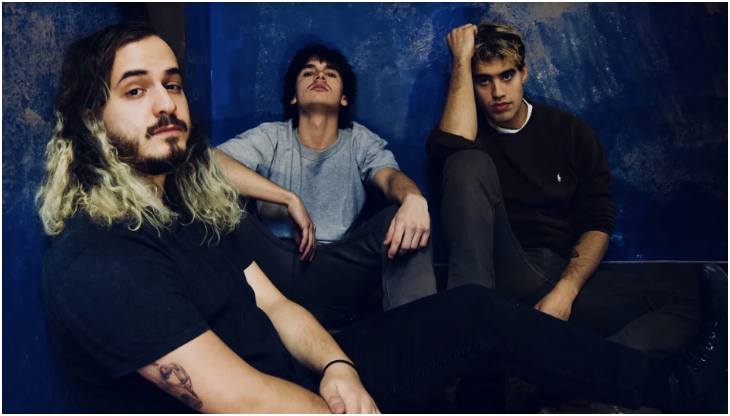 New York City-based band Warpark unveil their new single and music video, "Slug". The song is an emotional response to the weekend of August 2nd, 2019, when the United States experienced two mass shootings within 17 hours of each other-One in El Paso, TX and the other in Dayton, OH. Violent and brutish, the song aims to give rise to a sense of urgency over the gun violence problem in the country.
Vocalist/guitarist Simon Arcenio shares: "'Slug' and its video counterpart are brutish critiques of our psychological and cultural attachment to assault rifles. It speaks to the irony of our American desire for autonomous self-protection and self-preservation, even at the expense of human lives. We believe that the same strict laws that apply to driving responsibly can translate over to safer ownership and operation of weaponry. The song hopes to influence a culture that will ultimately take automatic assault rifles off the streets, and lead to more responsible gun ownership."
Pre-save the single here: https://distrokid.com/hyperfollow/warpark/slug.
Warpark are a New York City trio who play loud, groovy rock music. Using the classic drums/bass/guitar setup with a heavy dose of far out sonic textures and punk attitude, the group has a unique take on guitar rock and a meticulous approach to songwriting.
Though the band has made music together for years, Warpark are now making their reintroduction back into the scene after being silent for quite some time. They bring with them a fresh intensity as heard on the new single, "Slug."
Share Share on Facebook Tweet Tweet on Twitter