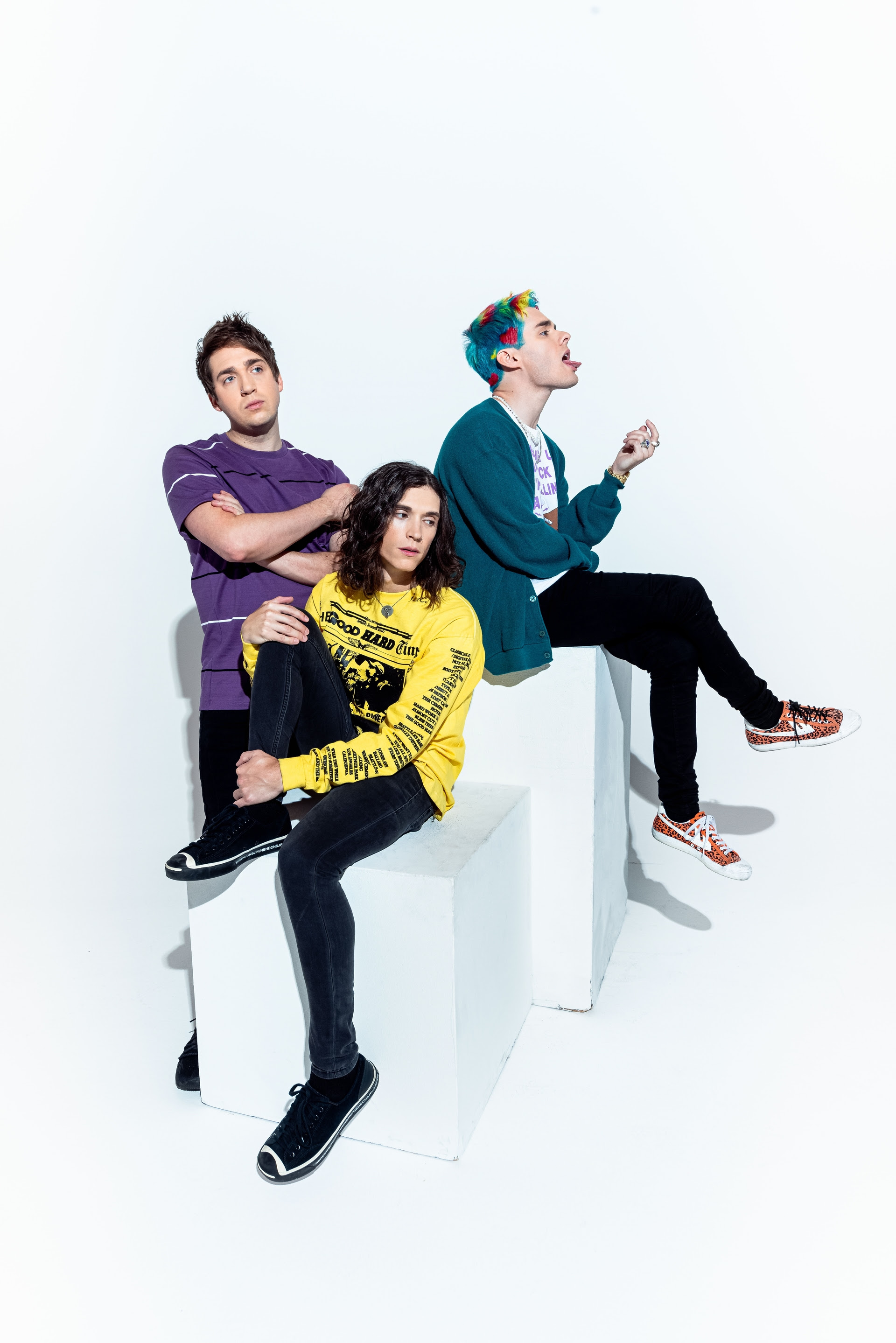 Today, pop rock trio Waterparks released the music video for "Lowkey As Hell". Directed by the band's frontman Awsten Knight, the video is imaginative and surrealist with comic book-like stylings and a bold color palette. In the visual, Awsten debuts a brand new look-- a show-stopping multi-colored hairstyle that matches the saturated florals featured in the video.


The highly-conceptual and visually effected music video for "Lowkey As Hell" opens with the three-piece performing on flower-filled greenery, later revealing their scaled-down nature as they're weeded out of the garden. Proceeding to track the band as they wander down a chromatic suburban scenescape and fight off adversaries, the "Lowkey As Hell" visual depicts the band in a pastel dreamworld with superheroic characteristics.


"Lowkey as Hell" is an exciting release from Waterparks. Over a glitchy bounce, Awsten confesses, “I just cried into a shirt I could never afford last year” before detailing, “Drake problems.” It builds towards a chantable refrain—“I’m highkey and lowkey as hell”–backed by a rush of distortion. Reminiscent of early 2000s emo rock, the track is a deftly-crafted pop rock anthem, with heavy-hitting drums and vibrant vocals, lyrically musing on the band’s exponential growth in popularity and its influence on their personal lives.


Waterparks never sit still. The Houston trio—Awsten Knight [vocals, guitar], Otto Wood [drums], and Geoff Wigington [guitar]—manically move forward, shucking and jiving between fits of rock, alternative, and electronic with pop ambition and hip-hop’s bold and blatant disregard for the rules. In 2020, the boys only pick up the pace as they ready new music after signing a new deal with 300 Entertainment. Waterparks has garnered a cult following for their animated musical stylings. 2019’s FANDOM elevated them to new critical and commercial peaks. Marking a series of career bests, it landed at #2 on the Billboard Top Alternative Albums Chart, granting their first Top 40 debut on the Billboard Top 200. KERRANG! rated it “4-out-of-5 stars,” and MTV admitted, “We have no choice but to stan.” As the band nears 200 million cumulative streams to date, it yielded fan favorites, including “I Miss Having Sex But At Least I Don’t Wanna Die Anymore,” “Turbulent,” and “Watch What Happens Next.” Along the way, they garnered “Breakthrough Artist” at the Alternative Press Music Awards and “Best International Newcomer” from Rock Sound.
Share Share on Facebook Tweet Tweet on Twitter