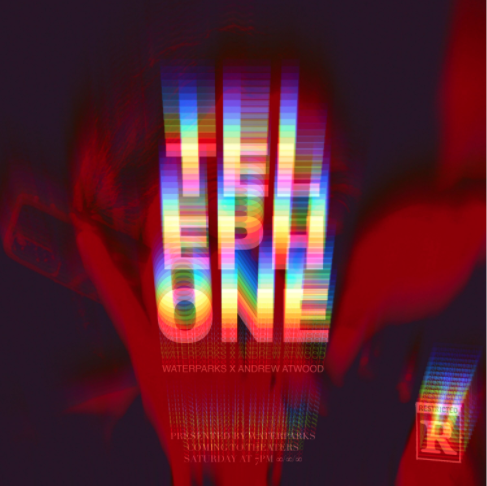 Pop rock band Waterparks is excited to share a collaboration on a new version of their song "Telephone". The band has teamed up with producer Andrew Atwood for the project, now available for fans to stream here: smarturl.it/TelephoneRemix


Andrew Atwood is a producer and musician from Austin, Texas, who currently works on the music podcast Dissect from Spotify Studios.
"Telephone" was originally released with the band's latest and widely successful album, FANDOM., which premiered last year through Hopeless Records. Produced by Zakk Cervini (Poppy, Yungblud, nothing, nowhere.), FANDOM is an adventurous, exciting collection of songs that show lead singer Awsten Knight as a multi-dimensional artist with a lot to say and reflect on. Speaking to the themes of the album, Awsten shares, "We talked about music culture and fandom culture, how those things affect me, where I am mentally, and even a little bit about those relationships. A lot of the stuff that is more 'heartbreak' centered is coming from a more confident place than a self-pitying view. That's why this is my favorite stuff we've done."
FANDOM is out now. Fans can stream or purchase the album here.
Aside from releasing new music, Waterparks singer Awsten Knight has been working on a podcast in collaboration with Travis Riddle (of nothing).  Awsten + Travis' Slumber Party is a podcast co-hosted by Awsten and Travis wherein they lovingly read and review sweet bedtime stories in the form of Waterparks fan-fiction. Fans can check out new episodes released weekly and support the podcast here: https://www.patreon.com/slumberpartypodcast
See our Interview with the band back in 2016 here: