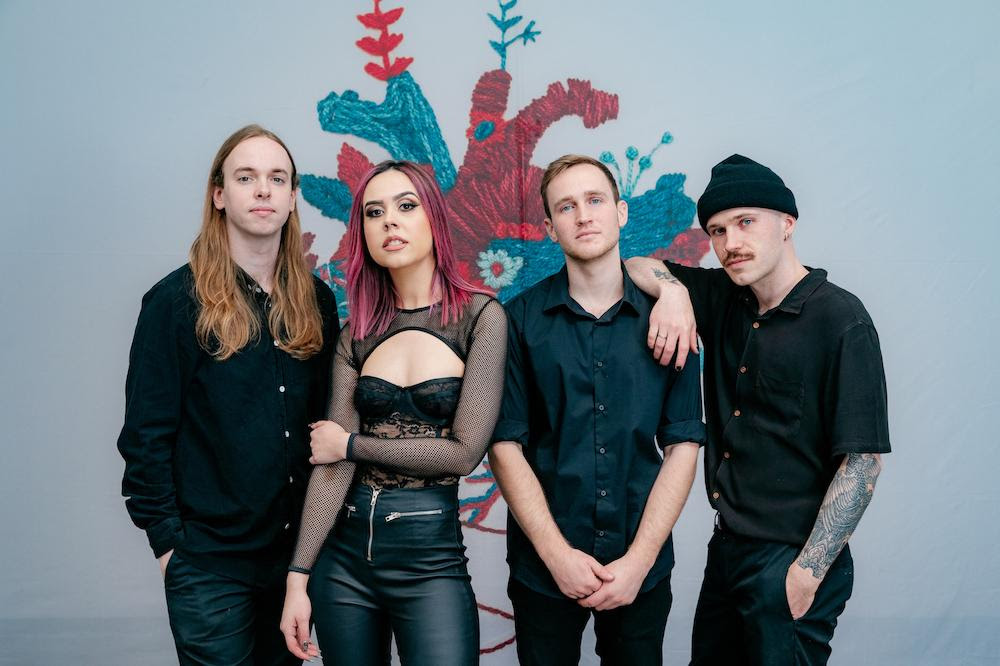 Yours Truly will celebrate the release of their debut album Self Care with a livestream direct from their intimate release show at Crowbar Sydney next month. After the limited capacity acoustic set and Q&A sold out in a matter of days, the band are appeasing demand by bringing the show to screens on Saturday October 3, with the video remaining online for up to 48 hours following the performance.  More details and tickets available here.
After its long-awaited release on Friday, the album from Australia's pop-punk bright lights also took out the lauded Feature Album slot on triple j this week.
The huge nod of praise comes alongside a groundswell of global support for the record,  out now in full via UNFD.
Self Care arrives after a whirlwind start to Yours Truly's career, captivating stages and critics alike at home and abroad. After their 2017 EP Too Late For Apologies saw the band band independently burst out of the local Sydney scene, Yours Truly followed with the breakout track "High Hopes," now sitting on a sweltering 11 million lifetime streams and climbing. After finding a home on UNFD the band released their follow up EP Afterglow in April 2019, igniting festival offers from the likes of Download UK, Riot Fest, Slam Dunk, Yours & Owls, Good Things & Sad Summer 2021.
Earlier this year the four-piece were hand picked to perform on triple j's famed Like A Version segment, taking on a huge cover of Oasis' classic "Don't Look Back In Anger," meanwhile album tracks continue to trail-blaze over global radio including Kerrang! Radio, BBC R1, Sirius XM Emo Project, Triple M and idobi.
Thematically, Self Care unravels the momentous year 2019 was for the band personally and professionally, and the means for reflection and coping that writing their debut album was for them.
Self Care is out everywhere now, with limited vinyl now available via 24Hundred.