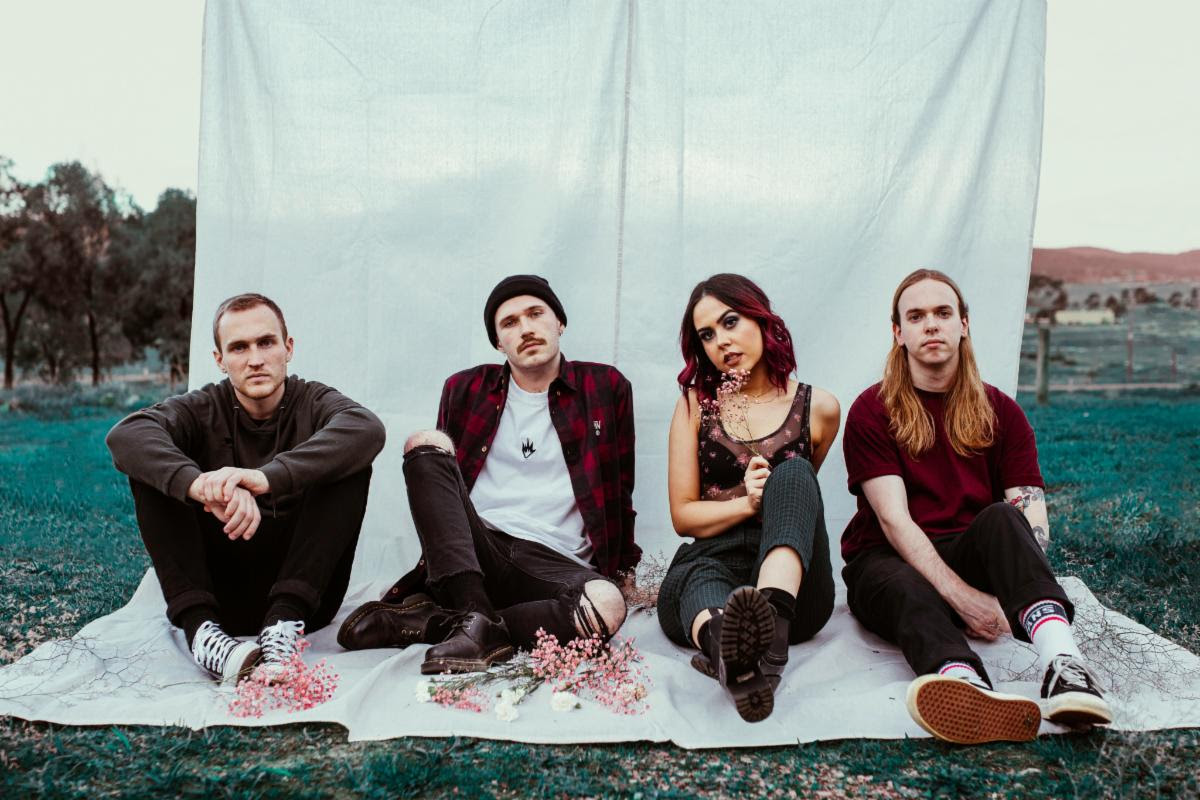 After premiering via triple j's Good Nights last night, Sydney pop-punk favorites Yours Truly are officially lifting the lid on their first new music for 2020 with their anthemic new single "Composure." Yours Truly vocalist Mikaila Delgado explains that "Composure" captures the warp of anxiety that the end of an on-again-off-again relationship left her in last year.
"'Composure' is about trying to keep your cool at the end of a relationship and how difficult it can be. It's natural to be upset, angry and a million different other emotions at once," she says. "I wrote it at a time when I really needed to reclaim my self worth after losing so much of it, I was over being miserable waiting for acceptance."
Alongside the single, Yours Truly are also revealing a new music video that the band describe as a new flag in the sand for them.
"We really wanted the video to show off the new era of Yours Truly and to take things to the next level," Mikaila explains, adding: "We wanted this to feel very personal and 'hand made' which is why stitch work and embroidery is such a feature in the video. I wanted to have us animated in the video to look like fabric so we called on our friend Georgia (Moloney) who actually created the single artwork to do it on camera!"
Few bands can claim to have the worldwide touring chops Yours Truly do this early in their career. After the release of their critically-acclaimed EP  Afterglow (now tipping over a whopping 7.5 million streams) in April 2019, the band - whose average age is just 21 - racked up enviable festival offers from the likes of Download UK, Riot Fest, Slam Dunk, Good Things and Sad Summer Fest, as well sold out hometown shows and support slots alongside scene heroes Sum 41, Senses Fail and State Champs.
With their debut full-length record now in the pipeline, Yours Truly are gearing to solidify their status as one of the world's most striking acts in pop-punk.
Share Share on Facebook Tweet Tweet on Twitter