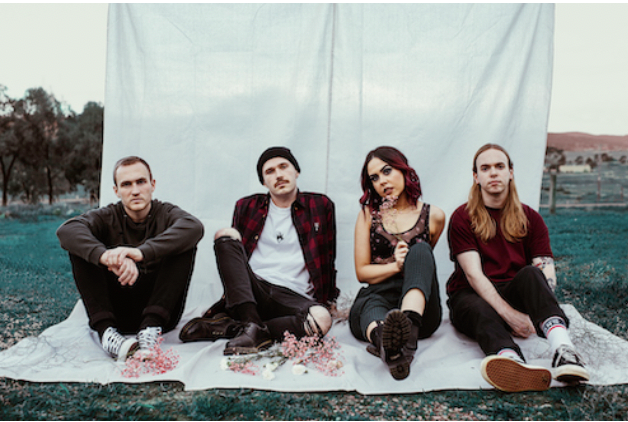 Australia's pop-punk darlings Yours Truly have revealed the music video for latest single "Together" today, which casts the band as video game characters. Fans can check it out now, here: https://youtu.be/aKKcfS8Rreo.
The new video follows a huge few weeks for the four-piece having just announced details of their highly-anticipated debut album Self Care in addition to being the latest hand-picked guest for triple j's famed Like A Version segment. The band took on a huge cover of Oasis' classic "Don't Look Back In Anger" last week and performed their own single and album track "Composure" to feverish listeners.
After only a short few years on the scene - and out of high school for that matter - Yours Truly have earmarked themselves as one of Australia's most striking rising stars. With tours alongside Sum 41 & Senses Fail, festival offers from the likes of Download UK, Riot Fest, Slam Dunk and Sad Summer - which the band will be joining for their rescheduled tour in 2021 - and 9+ million streams on their recent EP Afterglow already under their belt, Self Care promises to be another breakout moment for the four-piece.
Self Care finds Yours Truly unravelling the most momentous year of their lives. After the release of Afterglow in April 2019, the band found themselves tackling incessant international touring and mounting imposter syndrome. Alongside all the usual challenges faced at 21; college, retail jobs and breakups, the process of writing their debut album would prove daunting, yet the perfect antidote to the whirlwind they were living.
The band will release Self Care on September 18th via UNFD. For more information or to pre-order the record, please visit: https://unfd.lnk.to/SelfCare
Share Share on Facebook Tweet Tweet on Twitter