The First Release Since The Acclaimed Album
Self Care 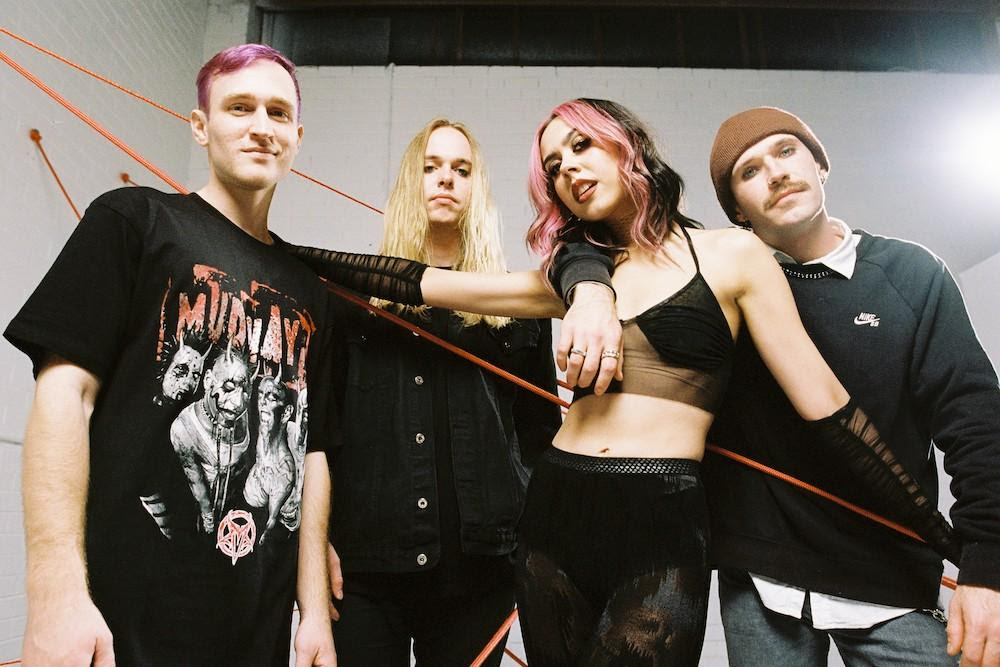 Australian pop-punk favourites Yours Truly enter a new era with their first taste of new music since their acclaimed 2020 album Self Care. Today's new single “Walk Over My Grave” finds the band toying with the idea of a person haunting you after they may have physically left your life, and the question as to whether you are haunting them too.


Yours Truly vocalist Mikaila Delgado explains how the track's title stemmed from a comment made by someone who abruptly left her world that stuck with her:


"I shiver a lot, and when I’d shiver this person would say 'someone must be walking over your grave', and that was just a thought that kept coming back to me after we weren’t close anymore. I shivered one day as I was driving and I remember pulling over and writing lyrics. I was wondering, did anything I ever said stick with them? Were they thinking about me too?"


Its music video (watch it here) is seeped in gritty imagery and metaphor, Mikaila describing how she ran wild with her vision to bring the the anger and frustration she was carrying to life visually on this project.


"It’s exactly how I pictured it in my head," Mikaila says of the video. "I always imagined it to be set in 'hell', along the lines of the idea that sometimes you can be stuck in your own head that feels like a hell you can’t escape. I had the idea of using red velvet throughout it because it’s got a very uncomfortable, dark looking vibe to it. I wanted to purvey the mood that I was carrying though uncomfortable imagery like the fabrics and set pieces, body movements and contorted camera angles.

"Visually, the boys and I made a really concerted effort with our outfits as well. We want to tell a visual story and we want to represent this kind of new music and era we’re stepping into. We don’t want to be rocking up in jeans and t-shirts anymore."


Recently, Yours Truly played sold out headline shows along the east coast, were nominated for 'Best International Breakthrough Band' at the UK Heavy Awards and were invited to play an exclusive Live Session for Amazon Music.


The band are now set to support label-mates Slowly Slowly on their national headline tour throughout August/September and appear at Full Tilt Festival.


After its long-awaited release in September 2020, Self Care took Yours Truly from Australia's pop-punk bright lights to one of the word's most watched up and comers in the scene. The album took out the lauded Feature Album slot on triple j, and found Yours Truly hand picked to perform on the station's famed Like A Version segment covering Oasis' “Don't Look Back In Anger.” Multiple singles trail-blazed over global radio including Kerrang! Radio, BBC R1, Sirius XM Emo Project, Triple M, and idobi, meanwhile the full album has racked up in excess of 6.4 million streams.


Self Care found Yours Truly deeply reflecting on the personal whirlwind they dealt with in 2019, from imposter syndrome while touring intensely overseas, to dealing with stresses related to the usual predicaments faced by early 20-somethings; uni, managing retail jobs and break ups. Ultimately, writing Self Care offered the band a means to reflect and cope and the album's poignance and resonance ricocheted with industry and fans far and wide.
Self Care is out everywhere now via UNFD.